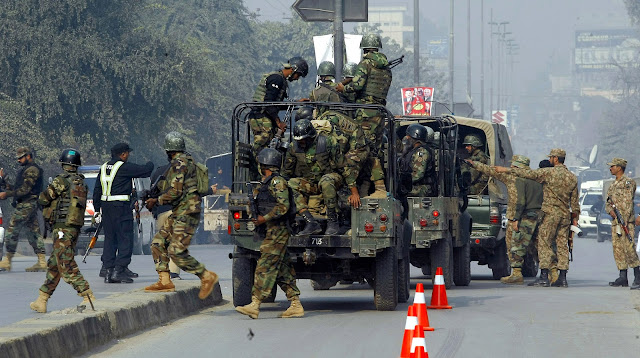 Pakistan News – According to the information received by the “high-speed” World News, the army is not safe even in Pakistan. The Taliban terrorist organization attacked a checkpoint here Thursday night. Four soldiers were killed and many were injured. This has been confirmed by Inter Services Public Relations (ISPR). The media wing of the Pakistan Army ISPR, through it, information about the army reaches the media and people.

Attack in the dark

According to information received by the high-speed “World News”, it happened on Thursday evening in the McCain area of ​​South Waziristan. There is an army checkpoint here. The terrorists shot him. The army responded to that. Four soldiers were killed on the spot in the attack. And 16 soldiers were wounded, including seven in critical condition. After the accident, troops were sent here. A search is underway in the area. President Arif Alawi condemned the attack.

Some reports stated that the soldiers had conducted a search. During this time he was attacked

Suspicion of the Taliban

20 soldiers were killed three months ago