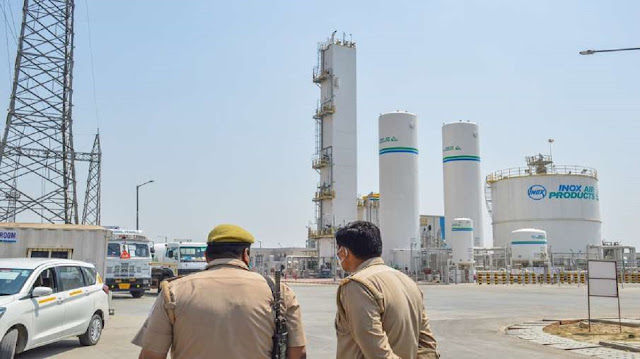 India News – The central government has taken a big decision to address the lack of oxygen amid the Corona crisis in many states of the country. In line with the Prime Minister’s directives to increase the availability of oxygen in hospitals, PMO informed that the PM CARES Fund has given preliminary approval to allocate funds to establish 551 plants dedicated to generating medical oxygen by absorbing pressure within its public health facilities.

PMO has told PMO that these plants should be put into operation as quickly as possible. These dedicated factories will be set up in the designated government hospitals at the district headquarters in the various states / UTs. The PMO said these purchases will be made through the Ministry of Health and Family Welfare.

According to a PMO statement, the indoor captive oxygen generation facility will meet the daily medical oxygen needs of these hospitals and the district. Additionally, the liquid curative oxygen (LMO) would act as a “top” for captive oxygen generation. PMO said such a system would ensure for a long time that provincial government hospitals do not face sudden interruptions in oxygen supply and use of adequate uninterrupted oxygen supplies for COVID-19 and other patients.

An amount of Rs. 201.58 crores has already been allocated from PM Cares Fund to set up 162 PSA production plants in health centers in different states of the country. It is noteworthy that taking into account the need for a national fund dedicated to the primary purpose of dealing with any type of emergency or crisis such as the Covid-19 epidemic on March 27, 2020 and providing relief to those affected by it. Under these circumstances, a public charitable fund called the PM Cares Fund was established.