The perfect storm for Israelis and Palestinians 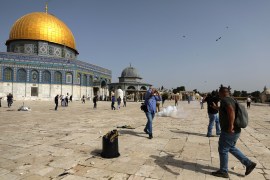 A perfect storm has met between the Israelis and the Palestinians. Amid another catastrophe – loss of life, loss of human dignity, fear – the hidden currents of conflict have reappeared. This is not just another round of the war between Israel and Hamas. Despite previous rounds, the past few weeks have touched and ignited nearly every aspect of the century-long Israeli-Palestinian conflict: national narratives and grievances, holiness and religious symbols, and sectarian violence that we have not witnessed in many decades, bringing with it the basis. Terrible human fear of its neighbors, and the worst rush to attack them first. All this wrapped in the familiar thunder of bombs and missiles, as millions of lives suddenly stopped and were endangered, and children ran into shelters or frightened if they had none, and many lives were already lost.

I mean, that’s not just a lament, although there is a call for that too. This perfect storm is affecting policymakers ‘calculations and observers’ judgment on all sides, often in the wrong ways. People rush to defend not just their own people, but the symbols that seem to be under attack, ready to believe and spread their worst fears and misconceptions, and eager to save face and pride in places where other things vibrate. Tribal lines – national, religious, and sectarian – are emphasized on the ground as many chant outside, forgetting shared humanity.

Amidst a cycle of national aspirations and grievances, life always went on. Sometimes, it really blossoms. We often forget that everyday coexistence is more common than conflict. Peace, the unspoken but real peace of life between breaking news and international attention, is the rule rather than the exception, as it is imperfect and full of deep structural problems. It’s always flaky, subtle, and easy to rock by those who want to do it – and they’re a lot – but it lasts.

However, the last few weeks seem to have brought out every incendiary ingredient imaginable. In Jerusalem, a decades-long attempt to obtain a special and selective “right of return” has reached its climax. Jews were trying to reclaim the homes of Jews they lost when Jordan captured the eastern part of the city in 1948 in what is now part of the Sheikh Jarrah neighborhood. Looming is the Palestinian residents – who were dispossessed of their homes in Israel in 1948 – who have lived there for decades. On May 10, the Israeli Supreme Court was due to rule on the issue of individual property rights – though it is very implicit patriotic – of property rights, but Delayed Fearing that national dimension in times of conflict. Every deeply rooted picture of dispossession, the Nakba of 1948, and the current power imbalance reappeared, with the commemoration of Palestinian Nakba Day, and no less, on May 15th.

Nearby, Muslim youths clashed daily with the police outside the Damascus Gate in the Old City at Ramadan fasting breaks in the evening, as the police used their typical heavy hands, just to Transformation In clear withdrawal. A little further to the east and up the hill, universal religious symbols were at stake. In and around Al-Aqsa Mosque, one of Islam’s holiest sites, police confronted the protesters. With startling poor judgment – so much so that some saw a deliberate provocation – they are I entered The mosque, during Ramadan, is armed and even hurts stun grenades, creating images that reverberate from Morocco to Indonesia and beyond.

1967 was not to be neglected. Jerusalem Day, in which Israeli Jews commemorate the reunification of the city in June of that year, routinely includes the march of flags. This year coincided with the last week of Ramadan. The police made another bad decision to allow the usual route through the al-Amoud Gate, the site of much trouble, only to make a decision Last minute reversal To turn the march.

All this gave Hamas an opportunity, MiSS To wrest control of events and claim the cloak of the defender of Al-Aqsa. Starting with a barrage of rockets on Israeli cities and towns, Hamas surprised Israel not only with its appetite for conflict now but also with its improved military capabilities. On the first night, Hamas showed a much greater range than in the past, and put most of the population of Israel under concentrated fire. Their barrage of rockets was assembled so that some, though not many, of the Israeli Iron Dome defense systems penetrated and hit homes in Israel. Killing a handful of Israeli civilians and sending millions to bomb shelters gave Hamas early success, but it left Gaza, once again, at war with much greater force.

Hamas’s perceived early success is not just a PR matter. Israel’s other main enemy on its borders, the more heavily armed Lebanese Hezbollah, is of course watching closely, especially in saturation of Israeli missile defenses. A small country, surrounded by enemies not only in slogans but in practical terms, the Israelis see the possibility of a multi-front war with precision weapons and tremble. The more capable the weapons of its enemies, the greater the incentive for Israel to strike preemptively. Hamas’ new capabilities are also one reason the IDF hopes to weaken its fighting capacity before calling for a ceasefire.

However, the most impressive images are the sectarian violence inside Israel. This, not seen in decades, threatens to spoil the delicate and unstable balance between the Jewish majority in Israel and the 21% of Palestinian Israeli citizens as well. Among the sirens calling for them to the shelters, Israelis have been affixed to mob pictures and extrajudicial killings in Lod, Bat Yam, Acre, Tiberias, Jaffa, mixed cities of Jews and Arabs across the country. It evokes some of the worst traumas of violence in decades, the long bloody list of murders and attacks indelibly engraved in the memories of those who survived.

The Israeli daily “Yediot Aharonot” publishes its printed version on May 12 with a title that evokes the Arab attacks on Jews in British Palestine 100 years ago, known as “Turba problems,” which is the Hebrew calendar year corresponding to 1921. The title was “Al-problems” Tashba The current Hebrew year: a crowd of guards searching for random victims whose only crime was their identity, burning property, attacking synagogues and mosques, echoing the traumas of centuries.

Some may look abroad to images of sectarian violence as presumed evidence of Israel’s inability to stabilize it. I suggest that no one jump to any conclusions. Most of Israel is still operating, and order will be restored. And most importantly, there are many voices that answer out loud. They received less attention, but even amid it all, Jews and Arabs were helping each other, demonstrating solidarity for coexistence, and even saving each other from harm. It’s cliched to point out, but it’s necessary: ​​The vast majority of Israelis want to coexist. The challenge facing Israel’s leaders – all of them – is to see the problem for what it is: not only a matter of policing, as it is necessary, but also mutual respect, equality and government that affirms the clear authority of the state and the clear message of the same state to serve all its citizens.

However, the severity of the crisis is difficult to overestimate. It did not come from a vacuum, nor is it the product of social neglect. In recent years, Jewish-Arab relations inside Israel have witnessed a mixture of progress in some important social and economic indicators, as well as opportunistic and reckless use of the rift by politicians, starting with the prime minister. With exemplary duplicity, Benjamin Netanyahu used majority and minority hostility politically for years, even as his governments sometimes made real efforts to bridge social and economic gaps. He engineered the entry of far-right extremists into the Knesset – and some of them are now actively inciting violence, Depending To the head of the Israeli National Police. Then, when politics called for it, Netanyahu also brought some Arab leaders back into the fold, trying to form a government with the support of the Islamist party, the List. The door is open, and his opposition has almost done the same in the last days before Hamas entered the arena, when it was putting the final touches to a coalition agreement between the parties from the extreme right to the hard-left, with Arab support. Violence has now made that spacious tent – really extended. UnacceptableIt left the Arab-Jewish discord at its worst point in decades.

The bloody pattern continues, but everything is not the same. The tribal lines raised in this violence, this perfect storm of grievances and fears, will remain when the guns are finally silent. The destruction must be ended urgently. Its potential return will still be on the horizon as everyone is left to face the powerful, primitive, and destructive tribal temptations of those on Earth who watch from the outside, who are often willing to inflame and reassert divisions. Now is a time, if ever, to call for simple coexistence, for the sake of the value of human life, human dignity, and humility.