The Future of Lopez Obrador’s Presidency and US-Mexican Relations 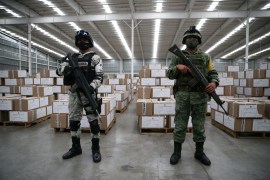 On June 6, citizens of Mexico will vote in the midterm elections for the House of Representatives of the Mexican Congress and 15 of the country’s 32 states. It is at stake whether Mexican President Andres Manuel Lopez Obrador and his party – the Movement for National Renewal (MORENA) – and its affiliated parties will maintain an absolute majority in the House, in addition to their relative majority in the Senate. The domination of the legislature has facilitated President Lopez Obrador’s efforts to redistribute wealth to the poor, strengthen inward-looking economic nationalism, and centralize power in the presidency. Critics worry that the weak and divided political opposition will not be able to form an effective challenge against MORENA in the middle of the term, which could weaken checks and balances. President Lopez Obrador threatened institutions such as the Transparency Institute and the National Electoral Institute. Attacked the media and universities and threatened popular access to public information; And increase control over the country’s courts. Meanwhile, the Mexican economy faces serious challenges, criminal violence continues, and the government’s response to the novel coronavirus (COVID-19) has been modest.

On May 25, Foreign Policy will convene in Brookings’ Commission to discuss key issues in the election, US-Mexico relations, and prospects for the remaining three years of President Lopez Obrador’s presidency. After their remarks, the panelists will take questions from the audience.