You don’t have to be impetuous to feel the exhilarating danger of walking the tightrope.

In fact, life often forces us to take on roles that are inconsistent with our desires and that sometimes jeopardize our independence. Too often, women are pressured to prioritize the needs of others in the service of family or social duty; At the same time, these women also act as a staple of patriarchal institutions. Such noble acts of personal sacrifice are matched only by acts of courage by women who desperately seek happiness for themselves – despite obstacles at every turn.

But what happens when the delicate art of balancing societal expectations and individual sovereignty collapses? What happens when warring worlds collide? Should one submit to the other?

Crowdfunding chooses all women and girls who are linked between two worlds. Partly biographical, Alice Hamilton’s “The Odd Job” is about a budding actress who runs the hard work of her work at the company while preparing for a life test. Likewise, the character of the same name in Gili Pascual’s film “Malaya” wants to become a director but faces resistance from her traditional Filipino family, and is forced to hide her career ambitions along with her sexuality.

Finally, Tiarra Smith’s “Bunny and the Wood” has the protagonist, Ellamia, drifting between the real and imaginary worlds to make her time at home more bearable. The whimsical abbreviation shows how a child’s imagination can offer a green path to escape from a family life plagued with discord and neglect.

Here are the latest crowdfunding picks for women and Hollywood.

The “weird job” is a lesson in pragmatism and emotion – a lesson that will resonate with the many creative people who nurture their craft while also toiling to remain financially capable.

It is loosely based on the life of the lead writer, director, and actress Alise Hamilton“Odd Job” is a short comedy that follows the actress in making Samara grapple with her corporate job and her creative ambitions. Like Official Website Teased, Samara works remotely when a glowing opportunity appears: an opportunity to audition for a career-changing role.

Samara must now meet the required deadlines for her daily job while also preparing for a performance that will decide the path of her acting career. “The fun is caused by Samara trying to prevent her worlds from colliding,” according to Indiegogo page.

Hamilton leads a team made up mostly of black and female filmmakers, all working to share an intimate personal story about a young woman fighting teeth and nails for her career but also having fun while doing it.

The Indiegogo page states, “By supporting this movie, you are supporting black and female creative people to break into an industry where we are largely underrepresented and often misrepresented.” “Short films are an easily accessible starting point for independent filmmakers, and projects like this will make a huge difference in advancing our careers and promoting diversity behind the lens, in the book room, and on screen.”

Learn more about “Odd Job” and donate on Indiegogo.

“In Tagalog, Malaya means freedom or to be free. But I don’t know if I live up to my name,” Malaya (Sal Ruby) recounts in this brief The official announcement.

The titular character is an aspiring filmmaker who hails from a breed of nurses, and her family is pressured to pursue a career in the medical field. Meanwhile, she hides her sexuality from her strict mother (Hope Florin) lest it disappoint her traditional Filipino family.

“As the Malaya fact unfolds,” Seed and spark “Malaya is forced to confront her family and challenge their expectations for her,” the page says. She discovers that by hiding her dreams and desires from her loved ones, she is also drawing herself out of her roots.

Malaya works through her grievances “to get closer to her true self and to embrace her Filipino identity and culture.” Most importantly, Malaya shows the Filipino-American audience that you don’t have to separate yourself from your heritage or your family when you make your own way.

Made up of the majority of Filipinos, POC, and LGBTQ +, the team of “Malaya” is keen to provide an on-screen representation of Filipino community rarely seen in the mainstream media. The team also hopes to galvanize a challenging conversation within the Filipino community about happiness and success as well as financial security and emotion.

Seed & Spark says: “These are tough decisions everyone can take on, and hopefully the word ‘Malaya’ will inspire people to forge their own paths entirely while honoring their origins.”

Learn more about “Malaya” and donate on Seed & Spark. 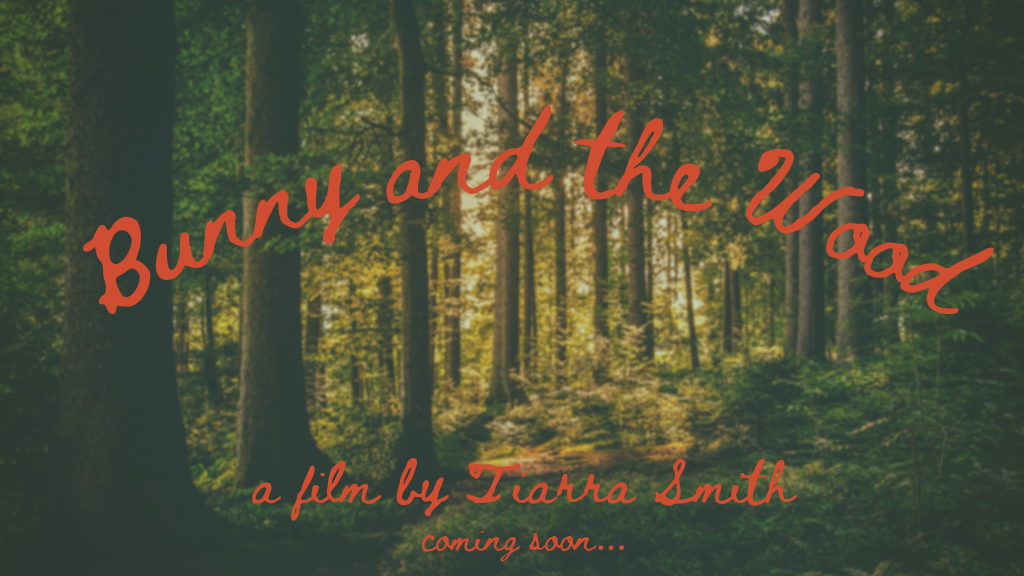 Rabbit and the Forest

remember Kotagkor Aesthetic acquisitions from the early days of closing? Tiarra Smith distills the same perfect comfort of forests and pastoral landscapes in her suggested short story, “Bunny and the Wood.”

“Our young heroine, Ilamia, wants nothing more than to be seen. She wants to witness love, but the constant argument between her parents makes her feel invisible and unlovable,” Kickstarter page Irritate. “Her method of coexistence is to find refuge within her mind.”

Illamia runs from her home to the nearby forest to take a break from the constant bickering between her parents. She brings nothing but her favorite stuffed bunny and best friend, Alma. Determined to find a new home in the woods, the duo confronts two fairy tales in the woods, Oren and Malka, who give Elamia everything she craves but never experiences: how to feel loved and be seen.

According to the Kickstarter page, “Bunny and the Wood” pollinates elements from “The Secret Life of Walter Mitty” with “Peter Pan” to build a world where she finds a black girl escaping reality in her imagination. Smith also draws visual inspiration from titles including “Crooklyn” by Spike Lee, “The Secret Garden” by Agnieszka Holland, and “Moonrise Kingdom” by Wes Anderson.

Imbued with fairytale magic, Smith describes, “This is a story about escape from reality, love, mental health, and the way in which parent behavior influences young children’s perspectives.”

Learn more about “Bunny and the Wood” and donate on Kickstarter.

To consider the biweekly crowdfunding feature provided by Women and Hollywood, please write to [email protected] All formats are welcome (features, shorts, web series, etc.). Projects must be by and / or about women.