Saudi Arabia and the UAE strengthen their strategic position in... 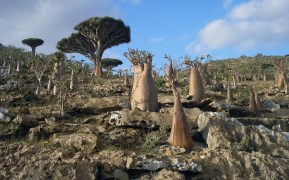 With the peace process faltering between the Zaydi Houthi rebels and the Saudi-led coalition in Yemen, Saudi Arabia and the United Arab Emirates have cemented their grip on strategic parts of the country. Riyadh and Abu Dhabi are unlikely to give up their gains without significant international pressure.

The Saudis focused their attention on the Eastern Governorate or Al-Mahra Governorate, the second largest governorate in Yemen, and adjacent to the Sultanate of Oman. Al-Mahra is far from Houthi-controlled territory in northern Yemen and is inhabited by Sunni Muslims. Many of Al-Mahra’s residents are Mahra speakers, which distinguishes them from Arabic speakers throughout Yemen. Its population may reach 300,000 though population estimates in Yemen are very speculative. Mahri has long been closely associated with the neighboring Omani province of Dhofar, which also has a small Mahri-speaking population.

Starting in 2017, the Saudis Gradually he took control of the skilled. They occupied the capital and the port and took control of the border posts with Oman. Saudi forces now control the province. Human Rights Watch Reported The Saudis and allied local tribes used force, torture, and arbitrary detention to suppress any opposition to their occupation. The Saudis have 20 bases and outposts in the province now.

The capture of Mahra gives Saudi Arabia direct access to the Indian Ocean. Riyadh plans to build an oil pipeline from its eastern region through Mahra to the sea, According to some reports. This would ease Saudi Arabia’s dependence on the Strait of Hormuz for oil exports, reducing potential Iranian influence over Riyadh.

The Omanis are closely watching the Saudis’ role in Mahra. Al-Mahra was a base for communist South Yemen to support the Dhofar Rebellion in the 1970s, which was defeated after the Shah of Iran sent troops to aid the Omani army. Oman is the only Gulf country that has not joined the Saudi war coalition and has remained neutral in Yemen, often hosting foreign talks with the Houthis in Muscat. Sultan Qaboos decided in 2016 that Saudi Arabia’s decision to intervene in Yemen was reckless and misleading. His successor was rightly concerned about the future of Yemen, particularly the southeastern provinces of Mahra and Hadramawt.

Abu Dhabi, on the other hand, is focused on the strategic islands of Yemen. The UAE reduced its role in the war last year. The Emiratis have quietly chosen to get out of the Yemeni quagmire as much as possible and have greatly reduced their presence in Aden. They still have some small pockets of forces in Mocha, Shabwa, and two other locations.

But it is very active on many of the main islands. Recently, satellite images showed that the United Arab Emirates Build a big air base Mayon Island, located in the Bab al-Mandab Strait, which connects the Red Sea with the Gulf of Aden. Covering an area of ​​five square miles, the island is the key to controlling the Bab el-Mandeb, or “Gate of Tears.”

Mayun, also known as Perim, has been a target of empires since ancient times. Portugal and the Ottoman Empire fought over it in the 17th century. The British wrested it from the Ottomans in 1857 during the construction of the Suez Canal. The communist People’s Democratic Republic of Yemen (PDRY) took control in 1968 and blockaded with Egypt the straits leading to Israel during the 1973 war. The Houthis took it in 2015, but lost it to the Emiratis in 2016.

Abu Dhabi also controls the island of Socotra in the Gulf of Aden. Much larger than Mayon Island, Socotra has a population of 60,000 and is the largest island in the archipelago also called Socotra. Historically it was part of the Mahra Sultanate before it became part of the People’s Democratic Republic of Yemen. The Emiratis have a military base used to gather intelligence on maritime traffic in Bab al-Mandab and the Gulf of Aden.

Recently there have been press reports about Israeli tourists visit Socotra As part of the Abraham agreements between Israel and the Emirates. Thousands of Israelis have visited Dubai and Abu Dhabi, and some seem to benefit from the weekly trips to the island. The government of Yemeni President Abd Rabbuh Mansour Hadi protested tourism and demanded the restoration of Yemeni sovereignty over the island, but Abu Dhabi has long rejected Hadi, calling it ineffective.

Both Riyadh and Abu Dhabi are keen to capitalize on the costly quagmire they jumped into in 2015. The acquisition of strategic land may be the only possible gain. The takeover may be de facto and never accepted by any Yemeni government. The illusion of Yemen’s territorial integrity and sovereignty may overshadow the facts on the ground.

The United States should not be party to the dismemberment of Yemen. It is not too early to quietly mark that if a ceasefire is arranged in Yemen, the Saudis and Emiratis will need to evacuate Mahra, Mayun and Socotra, and return control to the Yemenis.