Racial disparities and early colorectal cancer: a call to action... 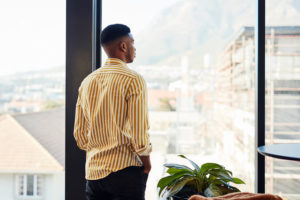 Colorectal cancer is the second leading cause of death from cancer in both men and women in the United States. Thanks in large part to increased screening for over 50 in the past decade, overall CRC rates have decreased in the general population. However, the incidence of CRC among younger individuals in the United States is rising at an alarming rate. Over the past 20 years, CRC has increased 2.2% per year in people under the age of 50. These statistics mask the large variations in the incidence and outcomes of CRC that exist for African Americans.

Compared to whites, African Americans have a 20% higher incidence of CRC. They are more likely to develop CRC at younger ages, are more diagnosed with their disease, and more likely to die from their disease. African Americans have the lowest five-year survival rate for the CRC of any ethnic group in the United States. Absolute rates of early CRC, generally defined as CRC diagnosed before the age of 50 to 55, are higher among African Americans compared to whites. The recent deaths of Chadwick Bosman at the age of 43 and Natalie Deceel Reed at age 53 are two tragic examples of the disproportionate impact of the early onset of the CRC among the African American community.

The reasons for this ethnic disparity at the beginning of the CRC are unclear. This is not surprising, given our general lack of understanding of the factors that lead to the increased incidence of early CRC in all genera.

Some of the factors that have been linked to the early onset of CRC include obesity, lack of physical activity, and unhealthy dietary patterns. According to data from the National Institutes of Health / AARP A questionnaireEach of these risk factors may be more prevalent in African American communities, particularly those of lower socioeconomic status. African Americans are also less likely to access health care. As a result, they may not be able to seek medical care right away for symptoms associated with colon and rectal polyps or cancer. This, in turn, can delay the detection of tumors, which can be treated with removal through colonoscopy or surgery if caught early enough. Finally, for reasons that aren’t entirely clear, once African Americans are diagnosed, they are less likely to receive chemotherapy or surgery than white patients.

Underlying these possible explanations The spread of injustice On the basis of socio-economic status and systemic racism.

African Americans are also more likely to be diagnosed with CRC that originated in the right colon, not the left colon or rectum. As I indicated on Previous blog postRight-sided colon cancers can be difficult to detect and have a worse prognosis compared to left-sided colon cancer.

Recent studies Indicates that the differences in the right colonic epigenome relative to the left colon among African Americans, compared to the pattern seen among whites, could explain the racial differences in the location in which the CRCs arose. (The epigenome is made up of chemical compounds that bind to a person’s DNA and affect its expression.) Some data She indicates that there may be a difference in the molecular profile of the tumors that develop in African Americans compared to whites, which may indicate that the pathways that initiate or encourage the development of carcinomas may differ by race. Differences in the gut microbiome It has been increasingly implicated in a higher incidence of early CRC, and it may also contribute to a higher incidence of CRC in African Americans.

Until recently, most expert bodies generally did not recommend CRC screening for high-risk individuals under the age of 50, with the American College of Gastroenterology and the American Society of Gastrointestinal Endoscopy recommending early screening among African Americans. However, in 2018, the American Cancer Society (ACS) revised its guidelines to recommend that screening begin at the age of 45 for individuals of all genders. In October 2020, the US Preventive Services Task Force released draft recommendations aligned with ACS guidelines.

These new guidelines are expected to have an effect in reducing the incidence of early CRC. However, significant concerns remain about persistent disparities between African Americans and Whites in accessing and participating in the CRC screening. Moreover, rates of early CRC emergence have risen sharply among individuals between the ages of 20 and 45; The revised guidelines will not apply to people in this age group.

Improvements in systemic racial and racial inequality are needed, along with medical advances, to fill gaps in the early emergence of the CRC.

Given the growing interest in the early onset of the CRC, and the longstanding problem of ethnic disparities in the incidence and consequences of the CRC, we hope that there will be significant progress in the coming years in addressing converging public health priorities. This should include ongoing research into why the CRC emerged early, improving early detection through screening and prevention, and ensuring access to effective treatment. However, given that the root cause of many of the inequalities in the CRC lies in social, economic and ethnic inequality, there remains a significant unmet need for the medical and public health communities to address these broader issues.