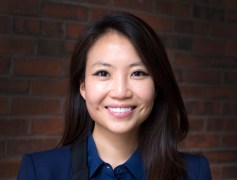 Patricia M. Kim is the David M. Rubinstein Fellow at the Brookings Institution and a joint appointment at the John L. Thornton China Center and the Center for East Asian Policy Studies. She is an expert on Chinese foreign policy, US-China relations, US alliance management, and regional security dynamics in East Asia.

Previously, Kim worked as a China specialist at the United States Institute of Peace, where she focused on China’s influence on conflict dynamics around the world and directed major projects on US-China strategic stability and China’s growing presence in the Red Sea region. She has also been a Stanton Fellow on Nuclear Security at the Council on Foreign Relations, a Research Fellow of the International Security Program at the Harvard Kennedy School of Government’s Belfer Center for Science and International Affairs, and a Postdoctoral Fellow at Princeton-Harvard China and the Global Program at Princeton. University.

Kim’s writing and research has appeared widely in outlets such as Foreign Affairs, Foreign Policy, The New York Times, The Washington Post, and the South China Morning Post. She briefs US government officials frequently on her areas of expertise and has testified before the House Intelligence Committee and the House Foreign Affairs Subcommittee on Terrorism, Nonproliferation, and Trade.

Kim received her Ph.D. from the Department of Politics at Princeton University and her BA with highest distinctions in Political Science and Asian Studies from the University of California, Berkeley. She is fluent in Mandarin Chinese and Korean, and is fluent in Japanese. Kim is also a Global Fellow at the Woodrow Wilson Center and a permanent member of the Council on Foreign Relations.