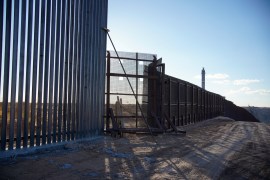 With its preponderant effect on U.S. foreign and domestic policy, the 9-11 attack by al Qaeda against The World Trade Center and the Pentagon, in which 2,996 died, the most significant terrorist attack ever against the U.S. homeland, also shaped the U.S.-Mexico bilateral relationship. Many in Mexico and many scholars of Mexico saw 9-11 as an event that diverted U.S. attention away from Mexico overall and the thickening U.S. collaboration with Mexico, also away from North American integration more broadly. The critics regarded the new preoccupation with border security challenges in the bilateral relationship as disproportionate. But the critique is too simplistic.

Clearly, the U.S.-Mexico relationship needs to be multifaceted. Thus, it is symbolically very welcome that a session of the High-Level Economic Dialogue (HLED) between the United States and Mexico is taking place on September 9 and 10, the cusp of 9-11. And indeed, the threat of terrorism at the U.S.-Mexico border has sometimes been exaggerated and distorted by various U.S. administrations. However, it was inevitable and appropriate that U.S.-Mexico border security be both updated and made efficient to facilitate the safe movement of goods and people. This imperative remains unfinished and should feature both in HLED and in U.S.-Mexican security dialogues, even though most of the security challenges at the border center on the flow of migrants and drugs.

The early months of 2001 seemed full of promise that the George W. Bush and Vicente Fox administrations would deepen cooperation and perhaps be able to address migration of undocumented Mexicans to the United States, with the United States undertaking comprehensive immigration reform. After all, President Bush was well versed and deeply interested in the Mexican relationship since his days as governor of Texas, and President Fox was the first democratically elected Mexican president in decades. When the two leaders met on September 6, their joint statement characterized U.S.-Mexican relations as having “entered their most promising moment in history.”

September 11 shifted U.S. foreign policy focus to Afghanistan and the Middle East, and immigration reform stalled for a variety of reasons cloaked by but often unrelated to 9-11.

For various U.S. politicians, the specter of terrorism across the U.S.-Mexico border became a popular drumbeat. Among his many irresponsible lies, President Donald Trump, for example, claimed that in 2018 U.S. border authorities stopped nearly 4,000 terrorists along the U.S. Mexico border, a statement the White House later sought to walk back and muddle with claims of government secrecy. Searching for Hamas and Hezbollah operatives, presumably hiding behind many a rock, cactus bush and street corner in Mexico and liaising with Mexican criminal groups, became a chic pseudo-analytical enterprise. But unlike in the Triborder Region of Brazil, Argentina, and Paraguay where the presence and fundraising activities of those jihadist groups have been well-established, no such robust networks have ever been documented in Mexico.

However, underneath those public exaggerations and myths about the U.S.-Mexico border and terrorism lay intensifying U.S.-Mexico counterterrorism cooperation. The possibility that a terrorist attack could be conducted across the U.S. southern border certainly exists, and its political and economic ramifications would be significant, something successive Mexican governments have understood. Thus, despite Mexico’s often lukewarm and unsatisfactory cooperation on counternarcotics issues, with the infiltration of Mexican criminal groups into all layers of Mexican law enforcement pervasive for decades and the persisting corruption of highest-level Mexican officials, a succession of Mexican governments sought to deliver on counterterrorism cooperation. Mexico began sharing with the United States passenger lists of all aircraft in Mexican airspace, and the United States provided names of individuals on watch lists. After decades of minimal military-to-military relations between the United States and Mexico, the Mexican military began expanding cooperation with U.S. Northern and Southern Commands. The newly formed U.S. Department of Homeland Security developed extensive counterterrorism contacts with a variety of Mexican national security actors.

Yet, with all its preoccupations and distortions, the counterterrorism agenda never really derailed economic integration. After 9-11, the border was not truly shut down, but U.S. border officials at first began inspecting every vehicle trunk, trailer truck cargo compartment, and every suitcase. The movement of people and goods at the border slowed down dramatically, almost bringing the border to paralysis, and causing intolerable economic costs. Thus, the 100%-inspection approach became abandoned in favor of pre-clearance and vetting.

Just two months after 9-11, companies voluntarily took on the role of screening their supply chains, through mechanisms such as Customs-Trade Partnership Against Terrorism. Once the company demonstrated diligence and compliance, the U.S. government reduced the intrusiveness of its own inspection. Under programs such as FAST, commercial drivers agreed to undergo extensive background vetting to qualify for the use of express lanes at ports of entry. For individual travelers, programs such as SENTRI and Global Entry were developed. Such pre-clearance approaches are tremendously useful in reducing the volume of people and cargo that border officials need to examine and for expediting legal flows. But they are not free of vulnerabilities as criminal groups subsequently seek to recruit among those already cleared.

But moving to 100-percent-screening at the border is not feasible given the trade context. Along with China and Canada, Mexico is among the U.S. top three trading partners. The U.S.-Mexico trade amounts to about $1 million worth of goods and services each minute, more than $1.5 billion a day; and before the COVID-19 pandemic struck, there were some 1 million legal crossings a day at the U.S.-Mexico border. That makes it both impossible to screen 100 percent and easy to hide illegal contraband – whether drugs to the United States or cash and weapons to Mexico – and wickedly difficult to address at the border.

Moreover, the security checks that take place at the border are also about other absolutely vital public health, economic, and safety problems – namely, zoonotic diseases and agricultural pests. After 9-11, the United States moved to merge the screening process at the border for  conducting immigration, customs, contraband, and agricultural inspections into just one office, instead of separate ones.

While that simplified the process, it didn’t resolve many of the challenges of having to inspect enormous volumes of flows. For example, still only a tiny – and highly inadequate – portion of the legal wildlife trade crossing the U.S.-Mexico border is inspected for disease and risks to humans, agriculture, and ecosystems. This is despite the fact that a zoonotic epidemic – the swine flu H1N1 – emerged in the Mexico-U.S. space in 2009 and could have easily engulfed all of North America and the world beyond. Indeed, the mechanisms of preventing and responding to zoonotic diseases between the United States and Mexico, such as the North American Plan for Avian and Pandemic Influenza (NAPAPI), atrophied since and hasn’t been adequately strengthened despite Covid-19. The Mexican government does little to counter the illegal wildlife trade, also a vector of zoonotic diseases.

Instead, the predominant thrust of efforts to tighten the border have focused on reducing the flow of undocumented migrants and drugs north and cash and weapons south. The High-Level Economic Dialogue meeting between the U.S. and Mexican government delegations focused on four pillars: I. “building back together” to make the U.S.-Mexico supply chains more resilient to disruptions such as caused by Covid-19; II. economic and social development in southern Mexico and Central America; III. “securing tools for future prosperity,” i.e., integrating and managing issues such as information networks technology and cybersecurity; and IV. “investing in our people” by helping U.S. and Mexican works upgrade and expand their skills.

The issue of border security cuts across several of these dimensions.  It is certainly front and center for improving supply chains and making them more resilient. Without far more extensive inspection of wildlife trade between the two countries, for example, another zoonotic disease such as H1N1 or COVID-19 can easily spread across the border and challenge both public health and supply chains.

Cybersecurity plays a role not only away from the border – such as with respect to money-laundering by Mexican criminal groups or the potential exploitation of vulnerabilities in Mexican information technology systems to infiltrate and damage U.S. networks and perhaps eventually even ransomware threats from Mexico (so far, dominated by Russian and East European, Chinese, and Nigerian groups) — but also at the border. Integrating new technologies of both surveillance, monitoring, intelligence-led screening, and risk assessment is crucial for creating a “smart border” that both secures and facilitates legal and efficient trade and movement of people. Pre-clearing will remain a very important element of such a smart border.

But a 21st century border needs to be screened away from the border – with inspection facilities established close to sources of production and hubs of trade far away from the border, and with cargo then moved through certified and sealed containers that cannot be opened outside of their final destination without triggering alerts. This is true both of moving avocadoes to the United States, auto parts made in Mexico, and wildlife traded in both directions. For example, screening of wildlife for zoonotic diseases before they enter any part of the trade chain should become an obligation for all wildlife exporters.

Efforts to establish clearing facilities away from the U.S.-Mexico border at various times had some momentum. One such clearing facility was to open in Michoacán several years ago. But they mostly fizzled for numerous bureaucratic and political reasons.

Although they need to be resurrected as part of updating, smartening, and securing the border, they are critically hampered by the national security law that Mexico passed in December 2020 that makes it extremely difficult for U.S. law enforcement agents to operate in Mexico. Yet the pervasive levels of corruption in Mexico and the enormous infiltration of criminal groups into government administration, customs, and law enforcement agencies in Mexico means that the United States cannot – and should not –simply rely on inspections by Mexican officials at clearing facilities away from the border.

Finally, a major issue yet to be adequately addressed on both sides of the U.S.-Mexico border is drones. The proliferation of off-the-shelf drones with ever increasing flight times and payload capacities means that smuggling contraband via such unmanned systems is becoming ever more feasible and utilized by Mexican and other criminal groups. The spread of synthetic opioids, with their enormous potency per weight, makes it more efficient to use drones for such purposes. Mexican criminal groups also deploy drones for monitoring the location of U.S. border law enforcement agents and of legal ports of entry and they have weaponized them (so far, without firepower or targeting sophistication) for targeting their enemies and law enforcement officials. From both potential terrorist attacks to lethal accidents of fentanyl-laden drones crashing at the border, the proliferation of drones is an ever-greater challenge that requires major updating of U.S. laws, procedures, and the deployment of counter-drone capabilities as well as coordination with Mexico and a significant upgrading of Mexican capacities. The post-9-11 U.S. fight against terrorism introduced the use of drones for warfare across the world’s battlefields, with drones eventually also finding their way into the hands of militant and criminal groups. Developing anti-drone defenses against off-the-shelf-purchased copters needs to become a part of the ever-evolving and never finished effort to update and smarten up the U.S.-Mexico border. All the more so, as legal cargo deliveries may eventually feature not simply a retail drone landing on your window sill, but also air and sea drones ferrying wholesale cargo across international borders and mixing it up with contraband.