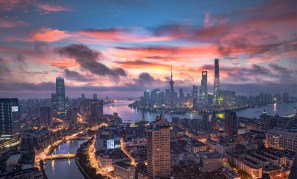 After four decades of engagement, it now appears that the United States and China are stuck in a collision course that has already sparked a trade war, and it appears likely to lead to a new cold war, and could lead to a dangerous military conflict. Washington has legitimate concerns about Beijing’s excessive domestic political control and aggressive foreign policy stances, just as Chinese leaders believe the United States still has futile plans to derail their country’s inevitable rise to superpower status.

In this challenging environment of bilateral relations, US policymakers should not lose sight of the broad dynamism and diversity in present-day China. The caricature of the People’s Republic of China as a unified communist organ based on the export of its ideology and development model is subject to intellectual debate. The middle-class in Shanghai, the most cosmopolitan city in China, could be a potential force for reshaping US-Chinese engagement, as evidenced by the fields of higher education, avant-garde art, architecture, and the legal professions in the city. In this context, John L. Thornton, director of the China Center, Cheng Li, wrote his latest book, “Middle-Class Shanghai: Reshaping the US-China Engagement.”

On May 14, the John L. Thornton Chinese Center in Brookings-Lee will host a presentation on the findings of his new book, followed by a panel discussion with prominent academics examining the characteristics and implications of China’s burgeoning middle class on the country. And the world.

Viewers can email questions to [email protected] Or on Twitter, using # United State.