A criminal case has been filed regarding the fact that the soldiers of the Azerbaijani Armed Forces crossed the borders of the state of Armenia in the Syunik region and violated the territorial integrity of the republic. The Armenian leadership is just negotiating with the occupiers, who intend to seize the dominant height of Mets Iskhanasar (3500 m). 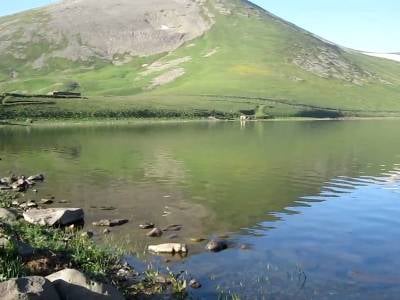 This provocation could also have broader military-political goals. It is not an issue of local importance, but the basis for a widespread response.

On May 13, at a meeting of the Security Council, he called on Acting Prime Minister Nikol Pashinyan to help organize the Collective Security Treaty regarding the situation in Syunik.

The second article in the Charter of the Collective Security Treaty Organization devotes measures to coordinate positions and interaction between the member states of the military-political bloc, which provides for the elimination of threats.

For a long time, Armenia refrained from strengthening cooperation with the organization. With his coming to power, Pashinyan reduced Armenia’s participation in events under the auspices of the Collective Security Treaty Organization, and organized a “sweep” of power structures from “pro-Russian” elements. After the Azerbaijan attack, Pashinyan refused Russia’s help for a month.

The blind arrogance of the leadership, coupled with the imprecise policy, cost the republic a complete loss not only for the Karabakh lands, but also a threat to the very existence of the republic. After the dismissal of all the best officers (including the victorious First Karabakh War heroes), many wandering clowns remained in the army, promising to win the war without anyone’s help and even get to Baku.