A superpower in science and technology with the tilt of...

Nick Fishwick CMG retired in 2012 after nearly thirty years in the British diplomatic corps which included positions in Lagos, Istanbul and Kabul. He held the position of Director of Security in London, and after his return from Afghanistan in 2007 he worked as Director of Counter-Terrorism. His last role in government was as Director General of International Operations. 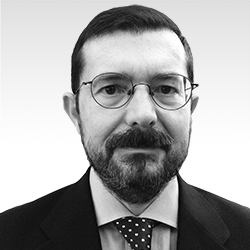 Conrad Prince He held the position of Director General of Operations and Deputy Director of GCHQ from 2008-2015. He led intelligence operations at GCHQ and was responsible for developing the UK’s national cyber offensive capability. From 2015 to 2018 he was the UK’s first cybersecurity ambassador, leading cyber capacity building work with a number of key allies in the UK.

Expert perspective If the British public read the Integrated Defense Review presented by their government, which Prime Minister Boris Johnson presented in Parliament last Tuesday, they will know that defending the country these days is much more than just having a good armed force.

The review is very extensive. There is so much about the internet. Void; Global struggle to support liberal values. International governance and human rights; The importance of climate change (our “first international priority”) to global security; the health; International alliances, international competitions, the importance of investing in scientific research and development, and new technologies such as quantum; Terror. Organized crime; And nuclear deterrent. And many more. And this must be true. Everyone will be clear about the ever-increasing diversification of potential existential threats. We realized twenty years ago, we couldn’t contain terrorism just by leaving it to the police and security services, no matter how good: we needed an effort across government, and we needed the community’s active approval. The Integrated Review is guided by this and requires a joint intergovernmental and cross-community approach to the threats and challenges facing us. And she realizes that in many crucial sectors, what matters is what universities and the private sector do, not what the government does.

Much attention has been paid to the fact that the number of nuclear warheads has been raised from “up to 180” to “up to” 260. Depending on what “up to” means, this is a significant proportional increase although it will still leave the kingdom’s arsenal. The United States is smaller than the arsenal of France, not to mention the big beasts of China, Russia and the United States. The review itself was remarkably conservative about the reasons for this increase, simply stating that minimum deterrence of 180 warheads is no longer “possible”. So the logic is delicate. National security professionals will know why, and they will be helped by ministerial comments that the growing threat to Russia’s nuclear capabilities is at least part of the reason. However, not everyone is happy with this. Does it appear that we have abandoned multilateral nuclear disarmament? Another excuse to shrink our military, which is now set to be downsized to a size that can comfortably fit on the soccer field – something former US Defense Secretary / CIA chief, Leon Panetta, has expressed concern?

The review is not designed to present a “how”, and this will be Britain’s biggest challenge over the next ten years. Regardless of the nuclear inconvenience, most people will support the need to modernize our military, the central importance of responding appropriately to the climate crisis, the need to have greater competition in the Southern and Third Domains, the defense and promotion of our values, and the fight against aggression in tradition. And unconventional spaces, etc. An army that needs two soccer fields to contain it will not guarantee this. But “how” will be the question that needs to be watched. British politicians criticize our Ministry of Defense’s ability to implement large programs without wastage or delay. Governments themselves should remain focused: the review has encouraging language about their belief in our values, but some feared that authoritarian regimes were better at implementing and long-term planning than divided and distracted Western democracies. It is important to undo this narrative.

One of the most striking aspects of the review is the focus on significantly strengthening the UK’s position in the field of science and technology, so that by 2030 it will be a “science and technology superpower”. In the narrow military sense, this is part of the aspiration to shift from a conventional set of armed forces with outdated conventional capabilities to one more rooted in data, artificial intelligence, cyberspace technology, and all that remains. But it is a much broader agenda. Technology augmentation represents the UK’s response to the challenges of technology globalization, an East hub in technological innovation, with a special dimension to China. The review introduces a new model of ‘private collaborative access’ for critical new technology in which the UK will lead development on its own, collaborate with other friendly countries, or acquire the technology, in a risk management manner, from elsewhere. There is a significant focus on increasing investment in research and development in the UK, improving research attraction and marketing, and developing long-term approaches to growth in critical areas such as quantum and biotechnology. Overall, this increasingly reflects UK research to build its future global power and influence on science, innovation, technology, research and development.

Cyber ​​is a key part of this, and the review offers some hints about the focus of the UK’s new internet strategy, which is scheduled for later this year. Besides the cyber dimension of the technology agenda, there is a much-needed focus on further enhancing resilience in critical national infrastructure. There is a strong international dimension as well, looking to do more to promote the Western vision of a free, open, and secure internet in the face of competing models from Russia and China. Regarding cyber attacks, it is striking that the UK emphasizes the use of all levers – including political, economic, legal and strategic communications – along with offensive cyber as a means of responding to hostile attacks. This reflects a more subtle approach under the recent exaggeration of National Cyber ​​Force, the UK’s new offensive cyber organization.

In some ways, the review is a reworking of Britain’s traditional place in the world. Regarding allies, it couldn’t be clearer that “the United States will remain our most important bilateral relationship” and if that should be a clear statement, it would still be a good thing, after Trump, to reaffirm it. There are assurances that European countries, in particular France, Germany and Poland, will remain very important allies; The UK will remain a major spender on defense; NATO will remain our strategic military cornerstone. The Five Eyes community will become more important than before. The review extends to other global partnerships and, at some points, enters into some entanglements, in an attempt to align these alliances with our “values”. So we are told that values ​​”guide” our policy, but that does not prevent us from working with partners “who do not necessarily share the same values.” Values ​​seem to guide you so far, but after a certain point you move away from the map and back into the good old realpolitik.

Which brings us to the “Indo-Pacific Tilt” – the geopolitically most important part of the review. The review was reasonably cautious in its language about China. We see a recasting of the desire to hold back as Chinese territorial insistence or authoritarian measures challenge our interests and beliefs, along with a desire to cooperate on trade and climate change. I haven’t seen much evidence yet that President Xi will be happy to separate these issues. But the review is quite clear that the Indo-Pacific (i.e. the region around China) is of increasing economic importance and has an increasing number of potential geopolitical flashpoints. Therefore, the UK will play an active support role for the US in the region, looking for closer ties with ASEAN and major regional players such as Japan, South Korea, Indonesia and, above all, apparently – India. There will be a greater British military presence in the region, a more integrated cyber capacity, and, as the review mildly says, significantly more resources will be devoted to a better “understanding” of China.

In general, while one can challenge a review here and there, the breadth of focus and geopolitical rethinking should be valid. Acknowledgment of the multiplicity of threats, in new theaters, and the variety of responses required is encouraging; So is the continuing importance of traditional friendships, especially with the United States. Reframing values ​​is also important, especially since our global rival China has more confidence in its values ​​than the Soviet Union ever had. The review shows that even after the economy has been kicked by COVID for prolonged periods of time, substantial sums of money will be saved to fulfill its aspirations. But exactly how this happens remains to be seen.