A shooting rampage in a New Jersey home leaves 2... 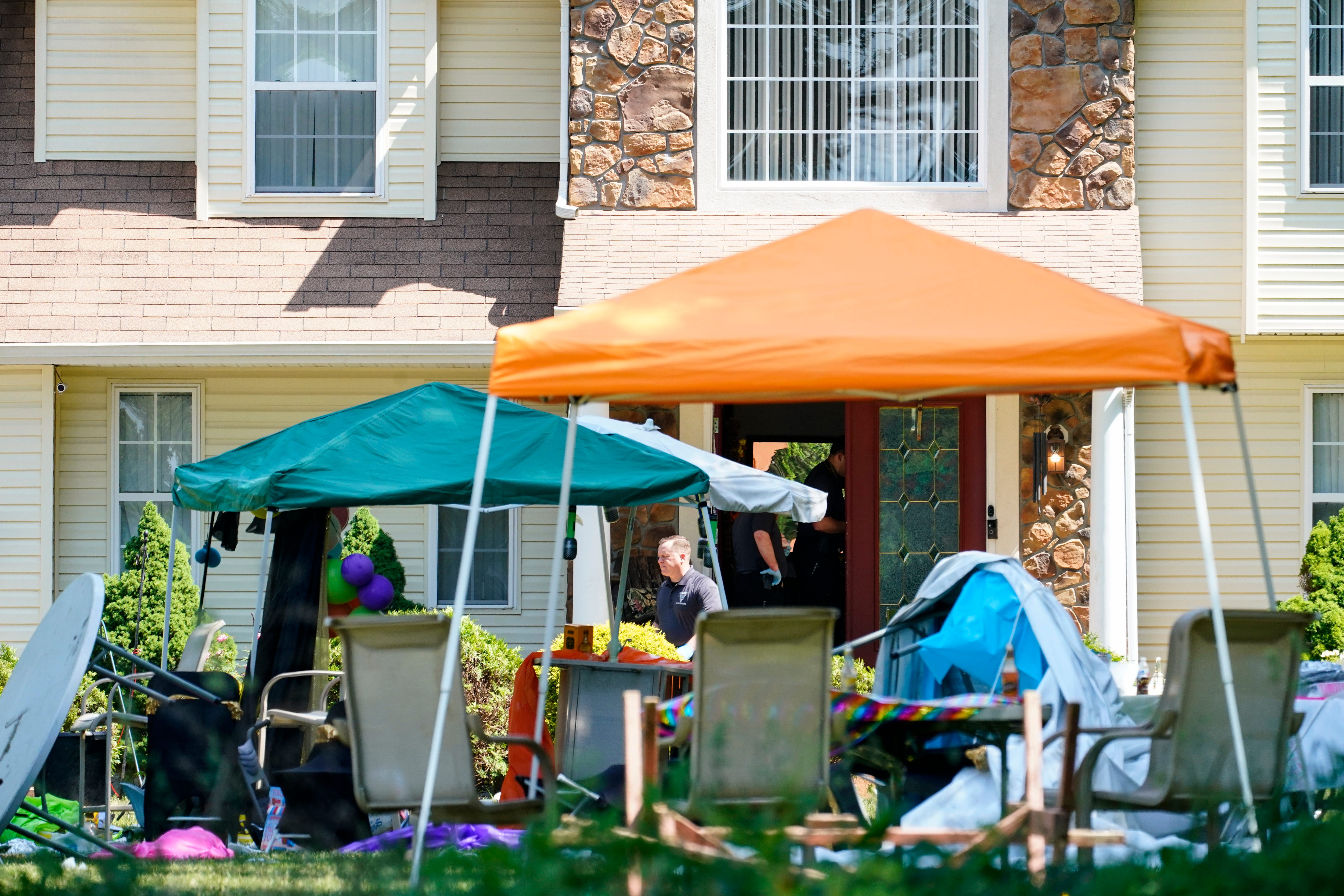 Fairfield Township, New Jersey – A hunt was ongoing on Sunday for a gunman who opened fire on a crowded house party, killing two people, wounding 12 others and shocking a quiet rural community 50 miles south of Philadelphia.

State police, who were called to the scene just before midnight Saturday, said they had arrived to find the bodies of a 30-year-old man and a 25-year-old woman. Police said that one of the wounded was taken to hospital in critical condition statement.

On Sunday, the police patrolled the property with dogs. Investigators swept the front lawn with metal detectors. Law enforcement officers can also be seen trying to unlock locked cars on the property aisle.

Fairfield Mayor Benjamin Bird Sr. was at the scene, with tents and chairs being dropped around the yard. Bird said he had little information about the shooting.

“Nobody knows when someone is going to get out of the woods with a gun,” Bird said.

Messy and tragic: 3 killed in a shooting outside Youngtown, Ohio, bar

John Fuqua said NBC 10 That family members were at the party and his nephew had to run to hide when gunfire burst out of the woods.

Fuqua said, “My nephew said he was having a good time, and the next thing he heard was gunfire and he was running for his life.

Aerial views of the scene showed a large tree-clad house with debris strewn all around it. Gov. Phil Murphy, who said the party had attracted hundreds of people, described the incident as a “horrific mass shooting”.

“No society should experience what happened last night in Fairfield,” he said. We urge anyone with information to come forward so that those responsible can be brought to justice. “

Fairfield is a community in South Jersey with a population of about 6,000 on the Delaware River. The shooting is being investigated by the New Jersey State Police, as well as Cumberland County and local law enforcement authorities.

Community leaders say the gathering was a ’90s-inspired birthday party attended by hundreds of mostly young people. Melissa Helmbrecht, of HopeLoft Community Center, told the TV station that the community has faced a lot of challenges and “we had a lot of tragedies.” She said several community center members were at the party.

“I am only worried about our friends, family and employees. In the coming days we will have a lot of pieces to put back together,” she said.

Murphy said an investigation is underway and those responsible will be brought to justice.

“There must be no mistake,” said Murphy. “This sordid and cowardly act of violence with firearms demonstrates our commitment to ensuring that New Jersey leads the nation in passing and enforcing strong, safe gun safety laws.”

I mentioned Bacon from Arlington, Virginia.