A new era of transatlantic cooperation on global public goods? 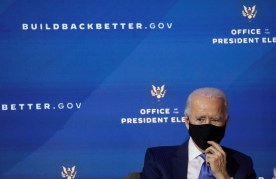 On December 10, 2020, the Brookings Institution Center on the United States and Europe (CUSE) and the Clingendael Institute hosted a hypothetical discussion analyzing how the United States and Europe would collaborate on global public goods in the post-Trump era. Senior fellow Konstanz Stelzenmüller Tees Dams, Clingendale Institute Research Fellow, moderated the conversation with Thomas Wright, Director of CUSE, and Louise Van Shayk, Head of the European Union Unit and Global Affairs at the Clingendael Institute.

In the introductory remarks, The Hague Deputy Mayor Saskia Bruins said that while “democracy is under pressure everywhere,” the United States and Europe should focus on strengthening transatlantic ties, but not at the expense of focusing on democratic reforms on the home page. It quoted Eleanor Roosevelt: “Without the action of a concerned citizen to support them near home, we will search in vain for progress in the larger world.”

In response to a question from Stelzenmüller about the importance of the transatlantic relationship, Wright said that the US axis in Asia over the past two decades and the global ideological divide between democratic and authoritarian rule had caused a rift in transatlantic relations. Nevertheless, he argued that Europe is the United States’ best partner for demonstrating that democracies can address the challenges of the twenty-first century, including global public health crises, rising populism and nationalism, and emerging technologies. Van Schick agreed, adding that the strong economic, historical and cultural ties make the United States and Europe clear partners.

On the COVID-19 pandemic and global public health, Wright highlighted that “in the era of national populism,” there was “virtually no international cooperation” at the start of the crisis, noting that despite the international community’s belief that China had succeeded in reforming its practices Public health After the outbreak of SARS in 2003, the country has, in fact, returned to more covert and repressive practices. Wright argued that in the short term, President-elect Biden should join COVAX and re-join the World Health Organization (WHO). But this will not be enough in the long run. Wright said that global public health reform will be more successful by entering and working in coalitions of like-minded nations.

Stelzenmüller expressed concern that China has successfully inserted itself into major international organizations, such as the World Health Organization and the United Nations, and is “now succeeding in shaping the rules to their will.” Wright asked: How does the West deal with the increasing Chinese influence in international organizations while also cooperating with China in other areas? In global public health, one solution, according to Wright, is to implement intrusive inspection measures similar to those of the International Atomic Energy Agency in order to generate a “more transparent and cooperative response.” Van Schick agreed and argued that China’s growing influence was another reason why the United States and Europe needed to cooperate.

According to Wright, cooperation on global public goods will be difficult, but working on globalization and the global economy is a good place to start. By focusing on the international tax system, data and privacy issues, and industrial policy, the United States and Europe can begin to reduce the economic concerns that have fueled and continue to fuel populist movements. Van Shayk added that the United States and Europe should focus on small, pragmatic reforms in areas such as space management, trade and technology.

In response to a question from the public about lessons learned from the Trump administration’s foreign policy, Wright said Trump has demonstrated that if the United States wants to work with Europe on China, it must work through the European Union – not NATO, not bilaterally. Van Shayk stressed the need for Western democracies to build deeper relationships with democracies in the Indian and Pacific Oceans, specifically Japan, South Korea and Australia.

Wright concluded by stressing that competition in global public goods takes two forms: “from state to state” and “from society to society.” In order to protect against future political shocks, it is critical that international cooperation on global public goods extend from “country to country” to the societal level.